We are proud to announce that the first chapter of #WolvesInTheStreet—our comic serial produced in collaboration with anti-human-trafficking organization UNITAS—launches today! The serial’s aim is to show children and teens online how easily human trafficking can happen—and also how easily it can be prevented. The digital comic, which was developed with extensive human trafficking survivor input, depicts teen Lacey in two different scenarios: one where she ends up in the hands of a trafficker, and one where she follows her instincts and makes a better decision, which ultimately leads to a better outcome. UNITAS will release the digital comic across Instagram, Snap and YouTube to reach children and teens on the social channels they most frequent in hopes of preventing trafficking before it starts through education and awareness.

“Part of UNITAS’s mission is to educate and inform the public about trafficking, in order to stop it before it starts,” said Todd Cavaluzzi, Executive Director, UNITAS. “We are thrilled to work together with incredible partners like Dan to educate kids and teens in a unique way that speaks to them through the social media channels they use every day. Our hope is that this series of comics will reach them before traffickers do.” 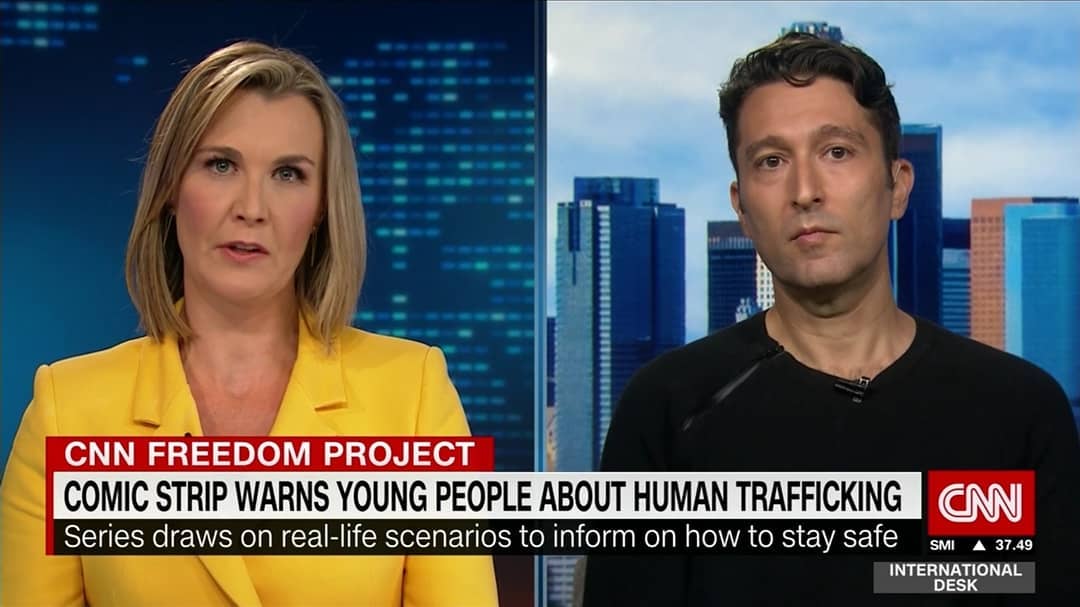 “While doing field research into sex trafficking in Kolkata for my third Priya’s Shakti book, I found myself wondering why I wasn’t creating work that addresses the same practices in my own culture,” said Dan Goldman. “I am thrilled to have UNITAS as a partner in creative storytelling tools that can teach young people how to avoid being trafficked.”